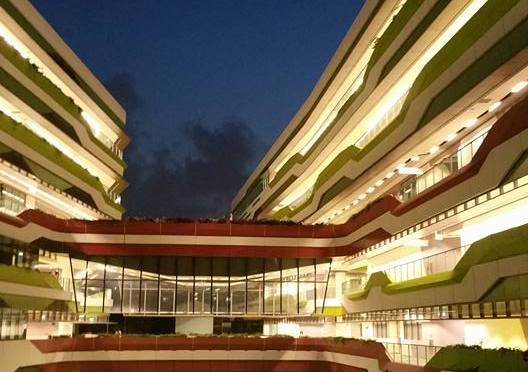 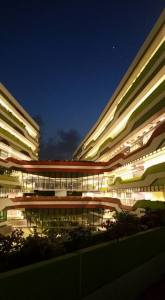 Sometimes you find magic in the weirdest of places like the tiny blade of grass that grows in a crack in the concrete. White, grainy, dusty all around in the dazzling hot sun and then a small line of green on a hard surface.

Unexpected. Undesired. Perhaps unwanted but there it appears, out of nowhere. Unmistakable, undaunted.

You come to a place with no expectations, with no knowledge of history, culture or connection, a blade of yellow hay adrift, rootless, homeless in a turbulent sea. You are reluctant to leave a place on the other side of the world where you had received strange comfort, being seen off by people at the airport who had given generously and loved smoothly, awkwardly, reticently or overwhelmingly, as was the nature of each , but surely and steadily through your short acquaintance.

Hence leaving was like a six-year-old leaving for boarding school. The ceviche was cooked just right on the last day, the suitcase was carried and parting gifts stowed away in the checked baggage despite their bulk. For the longest time, a purse that showed the different neighbourhoods of a bumpy city where one had gone during undulating quirks of fate was carried everywhere with new, shiny money of a new country and a mug with a porcelain spoon stood on the wooden surface of a new desk next to the several plug adaptors that were needed to make one adaptable to too many places that one had bounced off from for some time.

For despite rootlessness and directionlessness and being without a centre, the human mind often imagines a place where it has belonged and belongs now, no matter how fleeting or false or transient the experience. Imagination can create a resting point where there may or may not have been one.

And that is how, floating about the world, I came here.

Here turned out to be a strangely alien place at first, not just alien to me but perhaps as close to a place where real aliens from a sci-fi world could make their local habitation on earth. It was a place full of glass and metal and sharp, angular buildings, of changing lights and squeaky-clean newness  like living constantly in someone else’s imagination. Someone as different from me as one could imagine. 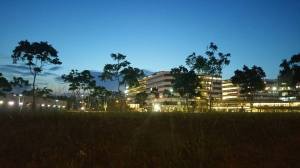 It was a place where buildings had numbers and rooms had names, where only exit signs marked entrances, where floors had strange circular depressions as though to mark the area where space-ships had landed, half-staircases blended into their wood-paneled backgrounds leading nowhere specific, a place where libraries were almost bookless with bleached, white, smooth surfaces and beeping doors, buttons had to be pressed and cards had to be swiped seemingly for little reason, machines sang tunes and switched on and off mysteriously as though they could sense you. No matter where you were, you could sense man or machine, safe in their gaze but aware of something over, above and beyond you, taking care of you, watching you as you watched them. 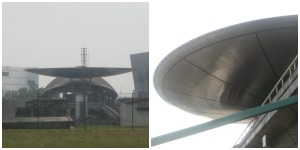 In the daytime it was a world like a copy of a world from a building simulation on someone else’s computer screen and at night it dazzled with lighted dots like a 3-D pixellated space in a video game. Corridors turned in circles, elevators spoke warnings loudly, verandahs had no corners, every rooftop garden looked the same and people found places through intuition perhaps as a rooster crowed loudly from the vegetation many floors above the ground mistaken for someone’s android phone alarm going off ever so frequently. 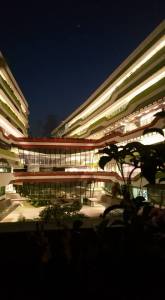 It was a place that must have looked spectacular to those who could be passing via aerial paths over our earthly abodes deciding whether or not to stop by at our galaxy.

Stop at our galaxy they must have and sent some soothing stardust my way.

When healing magic happens, it does not happen the way we imagine it. Perhaps there isn’t any magic at all differentiating itself as extraordinary from the ordinary, the mundane from the fascinating, the prosaic from the poetic. Perhaps magic happens when we exchange our mundane for someone else’s extraordinary and start living in it. Then, one day, as every little overlooked detail of our existence accumulates in our ordinary existence, we look back suddenly through that someone else’s eyes and our lives are transformed to magic.

Fleetingly, transiently, and yet giving us some rest from reality.

That is maybe what magic means, when getting lost constantly helps you find your way, coming to a completely unknown place surrounds you in a familiar bubble, the haze that floats over from someone else’s backyard blinds you and helps you see, when someone makes coffee for you in a new way and offers to read the shapes in the coffee grinds someday. 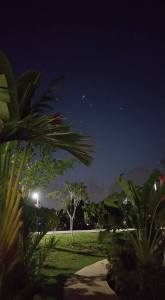 For that is what happens when an ordinary person like me meets so many extraordinary people in an extraordinary place. People whose humility is humbling, whose persistence is inspiring, whose determination and optimism in the face of pain and uncertainty makes hope, whose desire and ability to share only multiplies their gifts, whose complaints turn to attempts at change and above all, whose vast differences between themselves engender not alienation but empathy, not division but pluralism.

Today is a holiday for a festival in this place while forest fires from a neighbouring place have engulfed us in a haze which has dimmed everything and has turned the bright sun into an orange orb in the sky. Someone has indeed prepared Turkish coffee for me and has offered to read clear shapes in the grind as the world outside has lost its clarity. The pictures are by a wonderful friend who, despite being on the other side of the world today let me have them while others are also traveling in various directions like magic people transferring at a tremendous pace using Floo powder back and forth from Hogwarts for such magical reasons as creating music with brain power and climbing mountains and talking about flying things.