It is in the thirties that we want friends. In the forties we know they won’t save us any more than love did. ―F. Scott Fitzgerald

We sit around a huge bed covered in a thick, rough, cotton fabric next to huge windows overlooking wide expanses of this city of asbestos roofs, open dumpsters, pretty apartment buildings with AC’s hanging off the walls and rickshaws and BMW’s parked next to each other spanning a vista that looks almost pretty in the bright sunlight if you had the eyes to see it.

Some of us (who can) look over our shoulders in a familiar gesture to see if auntie (one of our mothers) is at the door to supervise us. But she has become too old now and retires to her room in the afternoons.

At first, we start talking like we always did whenever we met for the past ten to twenty years, since the steady decline of opportunities in the city and this age of globalization showered it’s bounties upon some of us and catapulted us to various parts of the globe.

Other schools, other cities, other jobs, other husbands, other children, other friends, other neighbours, other colleagues, other languages and other ways of life while some continued here in the city, swaying with the pull of distant lands or staying steadily rooted, yet none being able to ignore the loss and gain of bonds in our new and changed world.

“Do you know Sheetal’s all a settled housewife now?”

Laughter all around. “Remember how she was caught reading Mills and Boons in Mrs. Rajan’s class?”

“What about the time all of us rushed down in a crowd to spot Mrs. Goswami’s good looking son on sports day?”

And then it all starts. The trip down memory lane. The reminiscing. The travel on this cotton covered seat on the time machine.

Now we’re sitting in a huge, empty gymnasium in a circle, on a floor of smooth, grey cement having changed into regular clothes from our school uniforms. Most of our parents know where we are but they will not come here. This is our space of freedom, of trying new things that are only for adults for the first time, for schoolgirlish transgressions that we will avoid talking about when we get home.

Yet, now and then we look around at the door, wondering if auntie, or Sheetal’s impish younger tell-tale brother might find an excuse to drop by and peep in. 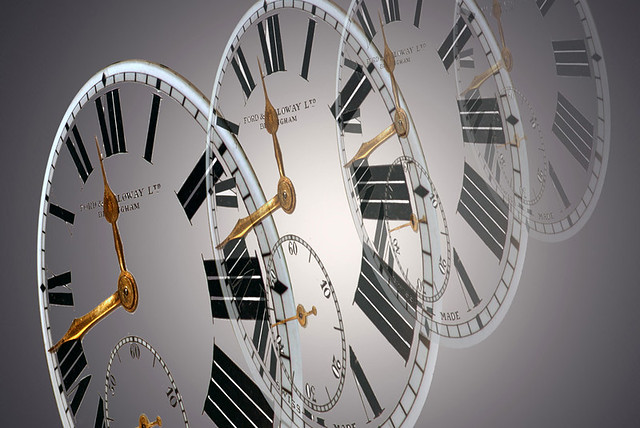 Twenty years later, not all of us are here. We haven’t thought about Shikha in many years but now, in this group, we miss her. She was supposed to hold the flag on sports day and lead but she never came to school that penultimate year of high school when we had the chance to bask in the glory of being school Captains and school Prefects and school Presidents.

A few years after that, we learnt that impetuous as she was, she was destined to remain fixed in our memories as the beautiful young thing with curly hair that age could not wither nor custom stale. Deepa, on the other hand, would take her last swim a few years later and Shefali would also bid farewell leaving behind a teenage son.

Times had changed though by the time Shefali left the group which was just this year. Thanks to Facebook, Shefali’s farewell was known instantly by all of us around the globe while Shikha’s goodbye, a decade earlier, was a much slower, painful affair to spread.

This circle this afternoon is one that we would’ve thought very strange all those years ago in the gymnasium.  Not only were some people missing entirely, but some were missing arms, legs and the lower parts of their bodies.  One turned her camera around and showed a very metallic, very familiar bridge behind her window –familiar to me but not to others in the “room.” A sunny, beautiful place where I had had the best cherries in the world as compared to the almost constant supplies of the best mangoes I was having here this summer. Another “girl,” because of a low data rate, kept swaying around her screen slowly and kept having to get reconnected. She didn’t have the view of a landmark next to her window but I knew she was at a place where she could probably have the best dates in the world should she go outside and buy them at a local bazaar.

All of us talked. It was as if, for that hour, anything beyond the frame, including the present, was non-existent. We were, for that hour, back to being schoolgirls just starting out on our story of life when the tale now was half-told already. It was as if we had clicked on the magic hyperlink that had taken us back to the beginning.

Yet, the second time around things are always different.

And so we continued on.

“Do you know Sheetal’s children are already in high school now?”

We were waiting for that moment when things would gush out of us like they were wont to do. I mean really gush. Yet time had calcified the walls we had erected and the perfect pictures we had painted of our lives that filtered out the present.

We had decided to be strong for the camera unlike those monsoon afternoons (just like this one) in that asbestos covered gymnasium twenty years ago in Calcutta when friendship had meant sharing and analyzing every little detail of our lives that had seemed quite the matters of life and death to our young selves.

But twenty years later, here in this circle, we didn’t gush because we wanted to show we had now what we had really lost somewhere along the way between the circle then and the circle now.

It was the perfect life.

34 thoughts on “Friends down memory lane”